By alamir mohsen / August 11, 2017 / Institute of Structural Mechanics and Design / Leave a comment 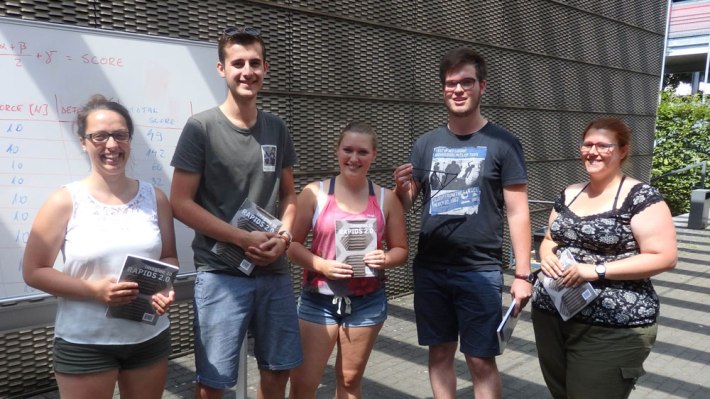 Each year in Technical University Darmstadt; a voluntary load bearing competition takes place for the students, which study module static 1. The students are getting divided into groups, and they compete against each other.
This year the competition for the first time is hosted in cooperation with the digital architecture design department.
The task is to design a cantilever beam with 20 cm long, which supposed to withstand a 10 N load that bears on the free end of the cantilever beam and the beam should feature the least possible deformation and the least possible material’s weight.
For running the calculation; Stab2D and GeoGebra were available for the students to be utilized.
The generated beams, which had been generated as a result of the cooperation between the structural and the architecture students will be 3D printed in PLA material.
There were 9 groups in total (35 structural engineers and 15 architects) that participate in the competition.
The models are then weighed, and each group tests his beam with gradually increasing loads till they reach 10 N. linear displacement transducer then measures the deformation.
The winner beam has a mass from only 24,3 g and maximum displacement of .3 mm under 10 N load.