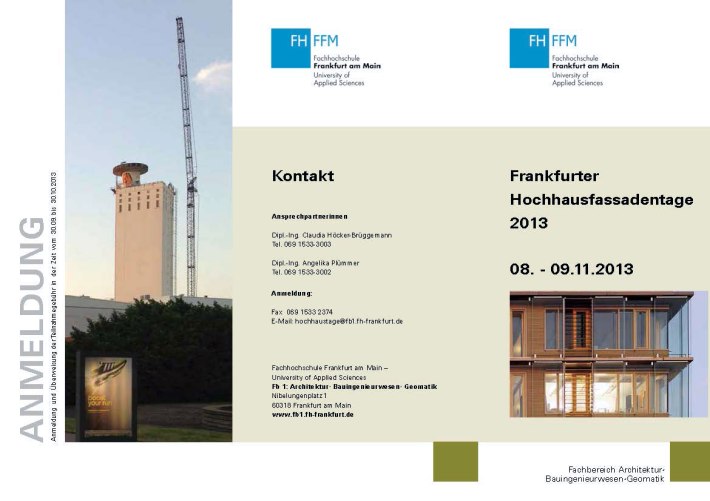 The symposiums topic is focussed on re-use, modernization and compaction of existing high rise buildings in the city centers of Frankfurt and Hamburg. Last year the refurbishment of the so called Poseidon Haus  had been completed by Schneider+Schumacher Architects. The new use is for the DiBa- Bank. Gartner invented the closed cavity façade for this project. Further Bollinger+ Grohmann will reflect on the structural modifications which came up with a completion for a new and more compacted use of this building. They will as well present the façade design for a high rise building in Korea. One of Frankfurt´s landmarks, the Henninger Turm will change his use from a brewery into an apartment house. The architects and the façade designers will report on the terrific changes within this project. From Hamburg we invited the project developer and Winking-Froh Architekten for the Spiegel Insel. On this landmark two listed office buildings will be refurbished, starting next year. We are going to complete this symposium by a lecture about new façade designs with large span acrylic façades which had been realized on the Vitra Factory in Weil am Rhein.