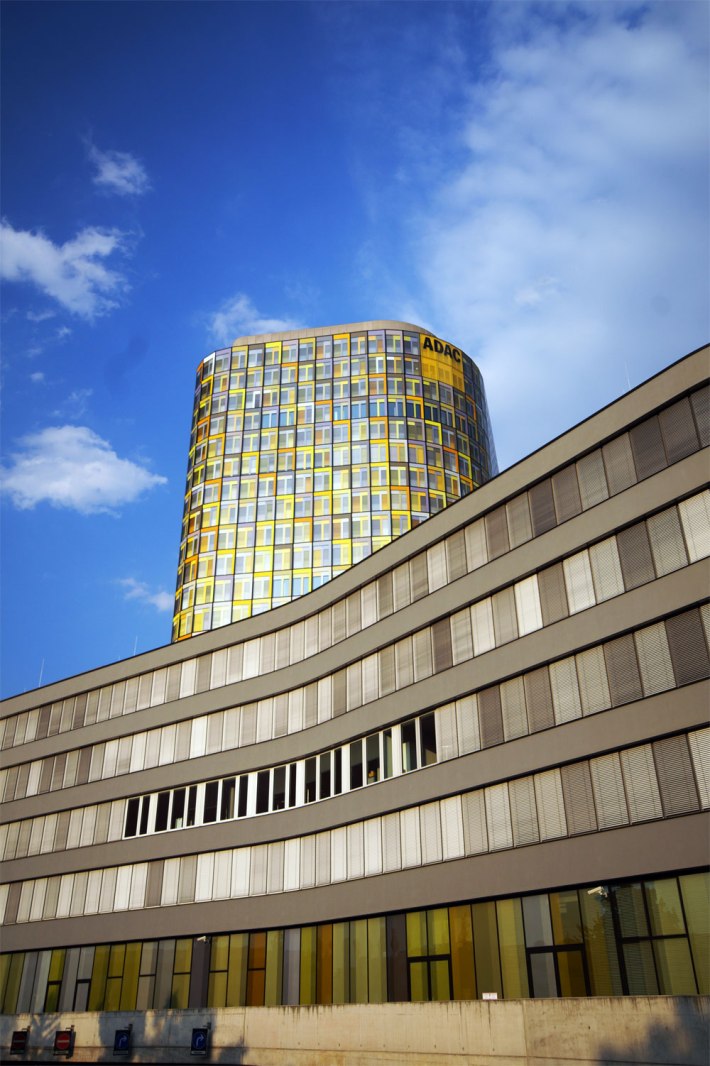 A new addition had been added to the skyline of Munich with the new ADAC Headquarters designed by Sauerbruch Hutton, Berlin/Germany.
Its special design – which a façade giving it an elegant external form, the designers had used the colors of ADAC logo to color the façade resulting of using 22 color tones.
The main requirements for the façade were to allow as much daylight to pass through while maintaining solar control and a decent thermal insulation.
A window façade elements had been developed by the designers to fulfill the needed requirements. The window façade elements consists of inner insulated glass panel and a single glass screen with a print finish panel from the outside to insure rear ventilation. The windows can be manually operated in addition to a volume flow control system to regulate the airflow.
The sun shading system had been integrated to the façade system to allow glare control and regulate the offices’ climate; a total of 5,300 motorized units had been used to give control over the blinds.