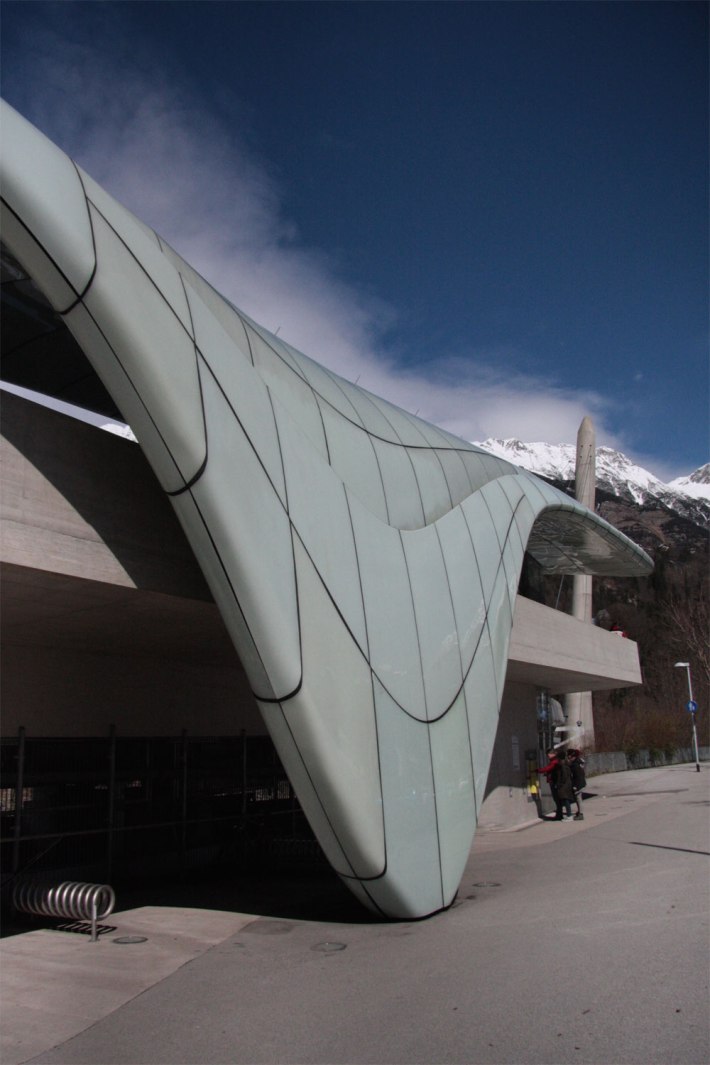 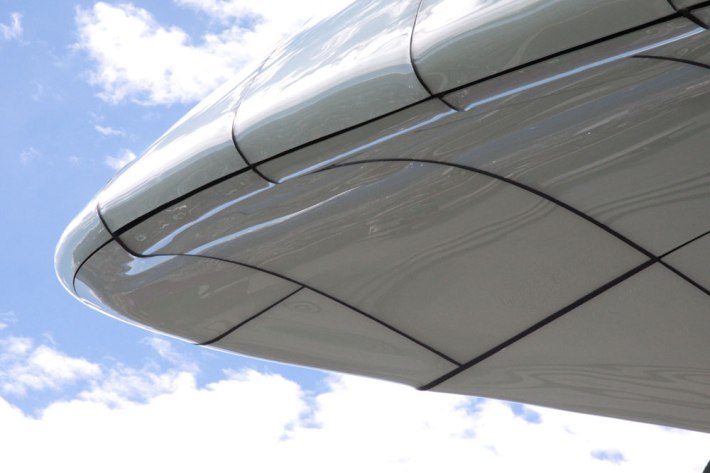 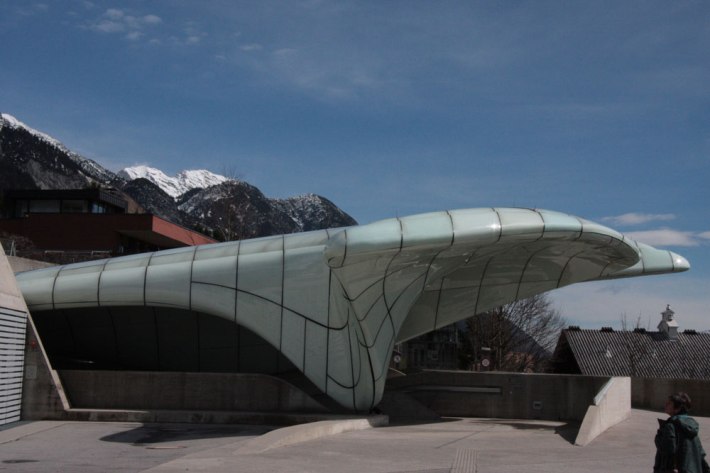 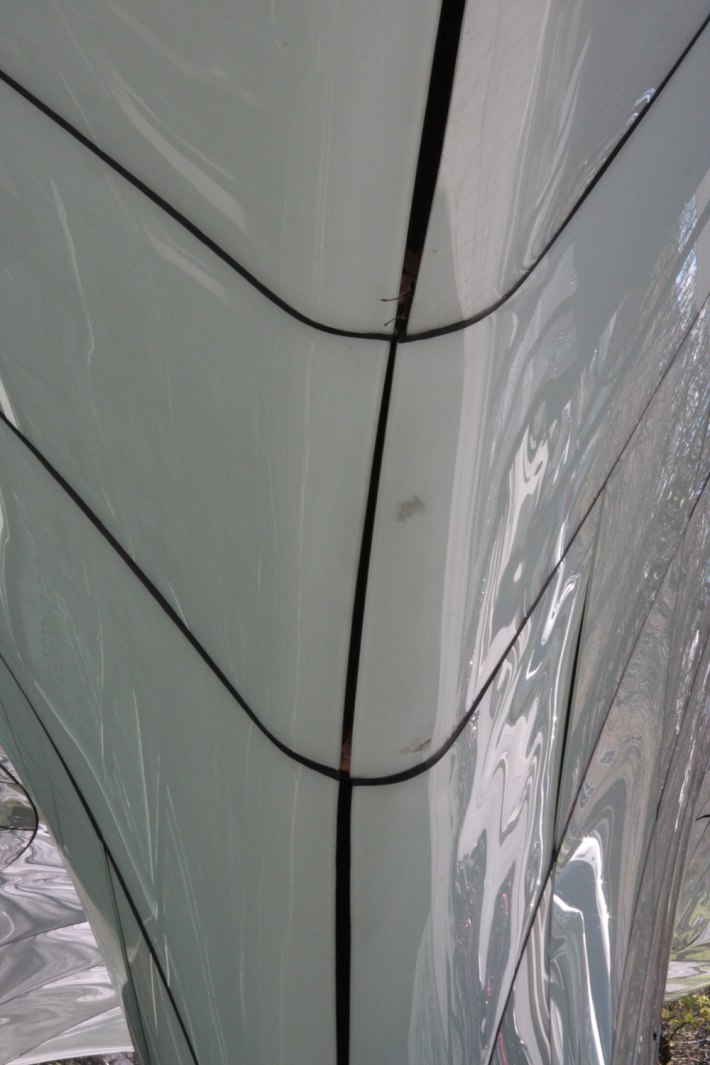 The Nordpark cable railway is composed of four stations and a cable-stayed suspension bridge over the river Inn. Zaha Hadid Architects won the competition to create the railway stations in 2005. The project was completed in 2007.
Each of the stations is outlined with fluid forms, which uniquely adopt to the specific site conditions at various altitudes. The canopies consist of steel ribs that are wrapped with glass panels. The glass panels were fabricated to follow the 1.25 m steel spacing and had to be molded precisely to final double curved shape. The four stations required a total of 850 glass panels, one of which was unique in its form with a total surface area of 2500 sq. m. The basic material was made of 12mm thick glass panels and the molds were made out of steel rods contoured to the precise double curve shape of each panel.