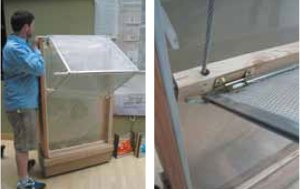 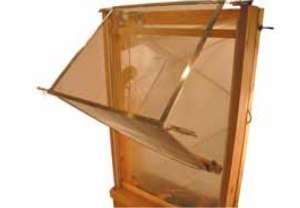 IMAGINED BY: Michael Costa supported by U. Knaack, T. Klein, and M. Bilow Part of the Future Envelope class at Penn State University

The idea is based on using air as an insulation agent by creating an air pocket within the wall cavity. Essentially, this means combining traditional elements of building construction, and layering them into one system that acts as a breathable skin. In order to protect and save historic materials, for example, the surrounding space needs to exhibit consistent temperatures. A major variable would be the climate change throughout the day and year, which requires a movable element to control solar glare.